To PTZ or Not To PTZ? 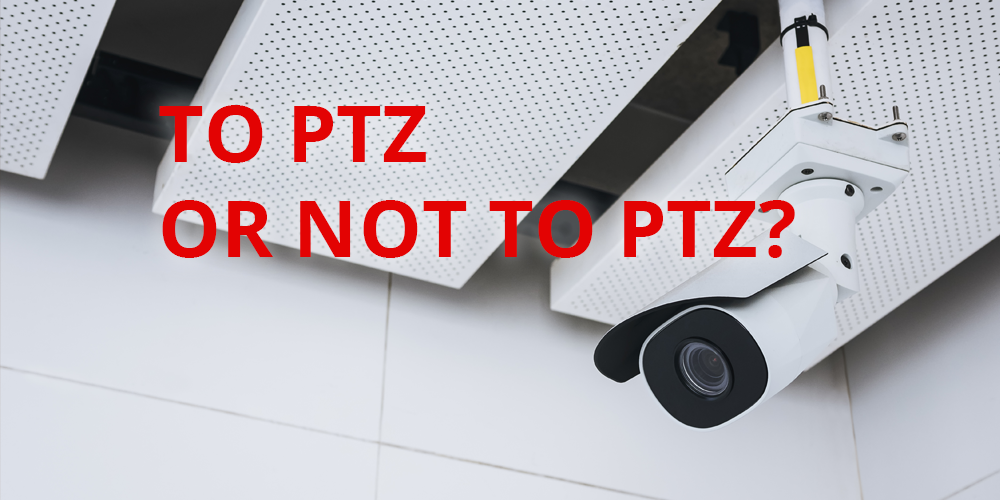 Unfortunately, PTZ’s are also the most misapplied product used on video security systems.

The key feature of a PTZ is the ability to remotely control the camera. The camera can be repositioned up, down, left, or right; and the lens can be zoomed in or zoomed out to get the best view of the target or scene being observed. The key word in describing this feature is “control”, meaning that someone is at the viewing end of the video security system actively controlling the camera.

In applications of manned surveillance, where an individual has the ability to control a camera and use it as a surveillance tool to track a target or get more detail from a scene, the PTZ can be invaluable. Additionally, integration to other systems, like access control or intrusion, can make the system even more effective by calling the camera to preset positions or scene automatically based on activation of these other systems.

However, video security system designers will sometimes misapply PTZ cameras while thinking they are enhancing the security being offered to the customer.

Unmanned or intermittently manned surveillance is a common misapplication of the PTZ camera. The designer will put a PTZ camera into the project so that the customer can have the ability to seize control of the camera to gather more detail on areas being covered by fixed cameras. While the PTZ does provide this additional level of interactivity for the user, it more often ends up being an expensive toy for the customer.

Since the customer has a camera that can move, so in their mind, it should always be moving. When they are not controlling it, it should autopan or run a pattern. Without human control behind the PTZ, the effectiveness of a the PTZ is significantly diminished. The chances that a moving camera will capture important video are much lower than a fixed camera will.

Some designers will suggest a PTZ camera as a replacement for multiple fixed cameras. The thought process being that a single camera that can change its viewing position can cover the same area as multiple fixed cameras. The main flaw to this design concept is that when the camera is looking left, and something critical is happening right, the important event is not captured. If fixed cameras had been used and properly located, the critical event would have been captured.

PTZ camera cost more. The designer needs to consider the costs of the PTZ camera, any additional power supply that may be required for the higher current draw of the camera, and any devices like a keyboard or additional cabling required to control the camera.

Finally, there is the long term cost of PTZs cameras. These cameras are motor driven, and motors wear out. When the motor wears out, the camera will typically have to be replaced. Having cameras running autoscan or pattern will expedite the replacement by putting the motor on continuous duty. In fact, continuously duty operation will severely limit or void many manufacturer’s warranties since the devices were not designed for that application.