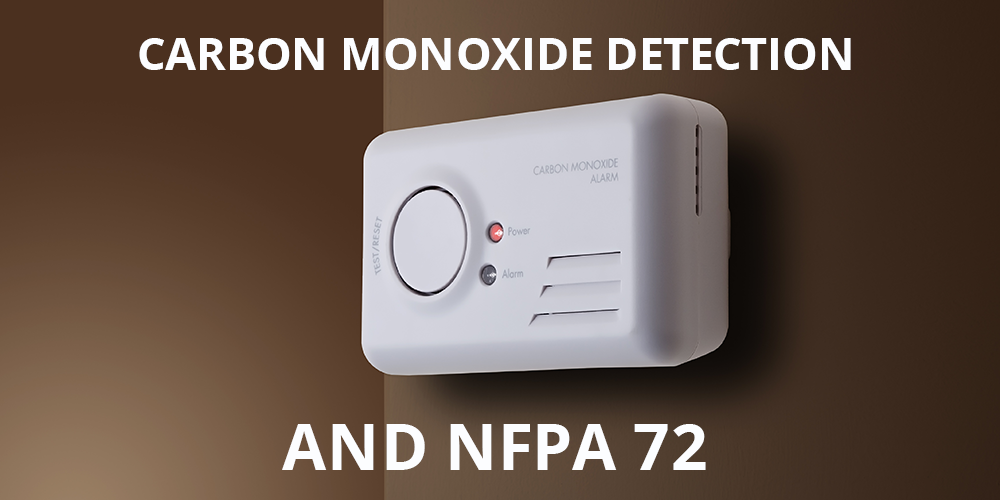 NFPA 72, 2019 Edition, incorporates the requirements of NFPA 720 (Standard for the Installation of Carbon Monoxide (CO) Detection and Warning Equipment). This incorporation recognizes the increased frequency of incorporating CO detection into fire alarm systems.

Carbon monoxide (CO) is a colorless, odorless, toxic gas that results from combustion of fossil fuels, especially from heating systems that are improperly vented or not working properly. CO poisoning comes from breathing in the gas, with the effects being cumulative. Low level exposure over longer time is equally as dangerous as high level exposure for a shorter amount of time. CO binds to the hemoglobin in the blood, preventing it from carrying oxygen to the brain and other vital organs.

Fire alarm notification is required to use ANSI S3.41, commonly known as “Temporal 3”. Temporal 3 produces a distinctive three pulse pattern with a pause in between. NFPA 72 requires CO detection produce a four-pulse temporal pattern, commonly known as “Temporal 4.” This allows the fire alarm system to separately indicate a fire alarm signal from a CO signal so appropriate action can be taken. The actual response to a CO alarm will be dictated by the building’s emergency response plan.

The mounting and location requirements for CO detection are covered in Chapter 17 of NFPA 72. CO detection is required:

1.     On the ceiling in the same room as permanently installed fuel burning appliance
2.     Centrally located on every habitable level and in each HVAC zone of the building
3.     Outside each separate dwelling unit and sleeping are within 21 feet of the door to sleeping room

A common misconception about CO is that it is heavier than air, so CO detection is required to be mounted on the wall or close to the floor. In fact, since CO is a product of combustion, and has a molecular weight similar to air, it travels just like smoke. The location requirements for CO detectors are the same as smoke detectors. CO detectors may be mounted on the ceiling or on the wall within 12 inches of the ceiling.