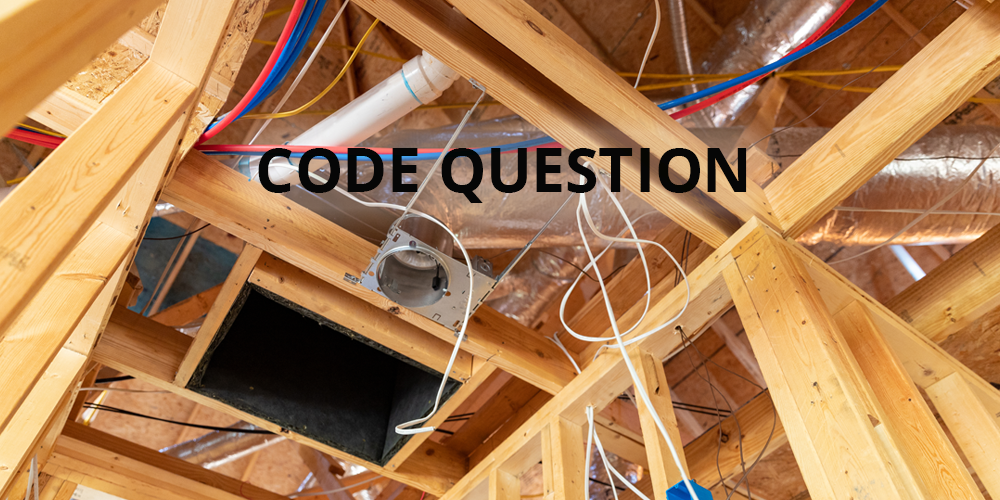 Code Question – “Does the Annex A recommendation for located a smoke detector not closer than 3 feet from a supply or return air opening also apply to air-sampling network smoke detection?”

Air sampling detectors sometimes get confused with duct smoke detectors. While both may use “tubes” for detection, they are completely different types of detectors.   Duct smoke detectors are designed to detect smoke in the HVAC system with the primary purpose of HVAC shutdown to prevent the spread of smoke. Duct detectors may be mounted in the duct but are primarily mounted externally and use sampling tubes with holes in them that extend into the duct to sample the air in the duct.

Air sampling detectors use piping run through the protected area with sampling port holes in the pipe. The piping system is connected to an aspirating fan that draw air into the piping and transports it to the detection unit which detects smoke or other fire products. 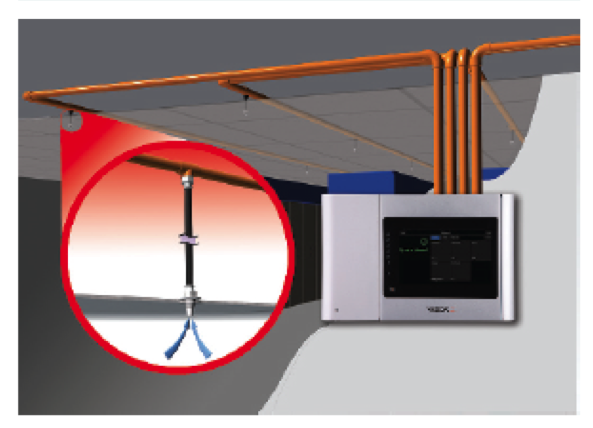 17.7.3.6.1 of NFPA 72 requires that each sampling port be treated as a spot-type smoke detector for purposes of location and spacing (unless performance based design criteria has been applied).   The airflow produced by the system fan is not enough to significantly effect smoke flow around the protected space, so sampling ports must be treated as a passive device like a spot type smoke detector.

NFPA 72, 17.7.4 states that spaces served by air handling systems shall not locate detectors where airflow prevents operation of detectors.   Annex A, A.17.7.4, recommends that detectors not be located in the direct airflow or closer than 36 inches from air supply diffuser or return air opening.   This recommendation is intended to prevent airflow from diluting smoke or delaying smoke reaching the detector, both of which can significantly delay detection.