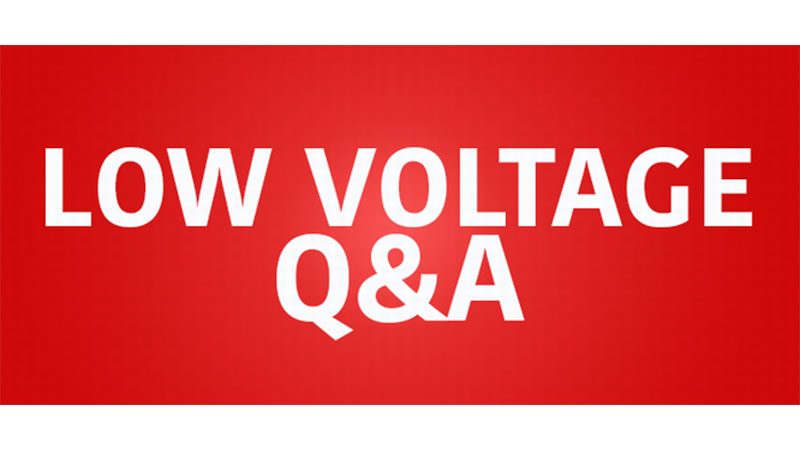 Question: Visible notification (strobes) are being provided in a warehouse application with high-rack storage. The racks isles are less than 20’ feet wide, 100 feet long, and the ceilings are 40’ high. Can the corridor spacing rules of NFPA 72, Chapter 18 be used for strobe location and spacing?

Answer: Corridor spacing requirements of NFPA 72, Chapter 18 would not apply in this application because isles between racks are not considered corridors. Why not?

Webster’s definition of a corridor is “a passageway (as in a hotel or office building) into which compartments or rooms open.” Based on this definition, the isles between high-rack storage would not qualify as a “corridor.”

The isles between the racks are rectangular (20’ x 100’), and the spacing tables in NFPA 72 are square. NFPA 72 permits the designer two options: use a square that encompasses the entire space or break the room into smaller squares for squares for determining notification coverage.

Using the second solution, 20’ x 100’ could be broken into multiple squares. If we broke the isle into five 20’ x 20’ squares, the wall mount table would allow one 15cd strobe in each location, requiring 5 strobes to cover the isle. Since NFPA 72 does not limit the size of the square used to encompass an area, the 50’ x 50’ row which allows a single 94cd strobe could be used to reduce the number of appliances required for each isle to 2.